Back in May, my wife approached me with what she called ‘a wonderful idea’. She was with a friend who fostered puppies, and wanted us to do the same. At first, I was against it; we planned on renovating the house, and also we needed to build a piece on our shed. Definitely too busy to ‘foster’ animals.

Of course, we fostered. It’s not that the wife always gets her way (she does), the truth is, I am an animal lover, have been all my life. My only fear was letting the animals go. I feared we would end up being what is referred to as a ‘Foster Fail’ where the foster parents end up keeping the pets. No, we wouldn’t want that.

My wife and I picked up two little pups from a foster home in the area. Their mother was abused and too skinny to properly feed her babies. My wife handed me the little boy dog. it was love at first site for the both of us. He really took to me, and I to him. Here is a pic.

See, how could a person get attached to something like this? We also fostered his sister. Her name is Gracie.

Apparently, the pups were at ‘Death’s door’ when they were given to us. The owner had the pups threw outside, and was tossing adult food at them. The pups were swollen due to the fact they could not properly digest adult dog food.

It didn’t take long for the animals to begin looking better. As I said, Harley took to me, and wherever I went, he wasn’t far behind. In one night, I managed to house train both doggies, and actually had them barking to go outside within two days.

We socialized the two doggies, taking them for walks in the park. Already having three dogs of our own, the pups grew accustomed to other dogs, and our cat loved them as well. When they were ready for adoption, the group we are so actively involved in, The Southwest Coast SPCA found great homes for the pups. The new owners were amazed how well behaved the pups were. I was okay with them going at first, but when Harley pulled on his leash to follow me rather than his new owner, I nearly cried.

We keep in touch with the new owners, and the dogs are doing great. Me not so much.

My wife had a cure for my dull drums. Three kittens who had been rescued from a home. The kittens and their mother were surrendered to the town animal pound, and rescued by the SPCA. The group at the SPCA agreed to separate the kittens from the mother, as she had finished feeding them anyway. We got all three kittens.  We removed them from the town kennel one kitten at a time. First was a cute calico. We named her ‘Callie’

Then we reached in and took out Rascal. Very cute little thing.

Last but not least, there was one little kitten left in the kennel. Meet Milo.

The three kittens in a box: 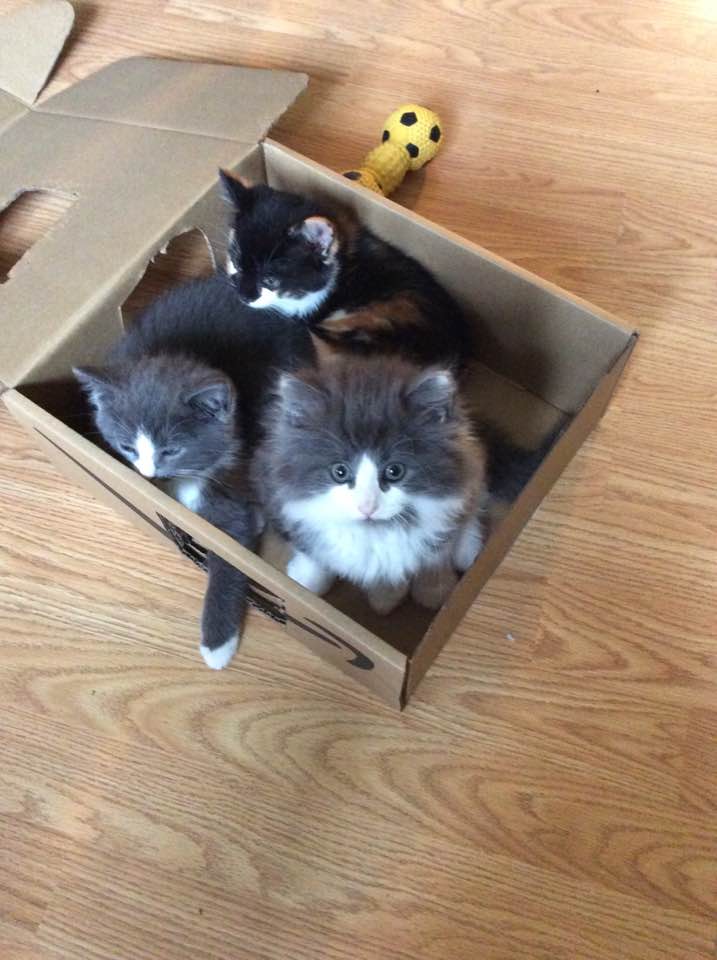 I know what you are thinking, its going to be difficult to give those kittens up. Totally right. We found a good home for the Calico, with my sister, who had a calico cat for over 15 years. The little cat, who she called Scrappy, got her through some rough times. Callie, now Molly, loves her new home, and I get to drop by and visit very often.

We found a home for Rascal, now Mr. Schmiddy, with a co-worker of mine. Schmiddy is living in another city, but from the pictures we were sent, it is no doubt he is happy.

That leaves Milo. Another co-worker fell in love with him immediately, and we practically had the adoption papers done up when she admitted she couldn’t take him. She already had two other cats and two giant dogs, and a husband who didn’t want any more pets. It would be off to the shelter for Milo.

That evening, my wife came home. “You want that cat, I can tell. Admit it, You want her!” she cross examined me. I did want the cat, but didn’t admit it. “You sound like YOU want the cat!” I joked. I was right. Long story short, we wanted the cat.

So then we had only one kitten, and he was staying. That evening, my cousin called. She runs a cat rescue in the area, and ‘over rescued’ 13 kittens. She asked if we might foster a few for her. I agreed we go and look, maybe take one or two home. My wife came along, and we ended up taking four kittens home. They were cute!

Tortoise Shell kittens. I had never heard of this before, apparently a black cat with orange coloring, and always female, (like the Calico). There were two black ones too, and these kittens were tiny.

The kittens allowed our newly acquired cat Milo someone to play with. Our older cat was a bit jealous of Milo, so he got along with the younger cats better. They are here: 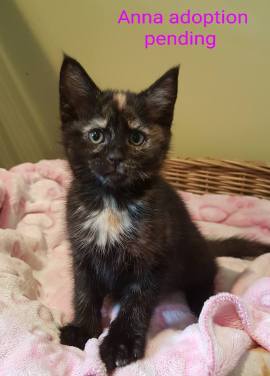 Cute, right? All four kittens have homes as of now.

So now, our house is back to normal. Normal if you call normal three dogs, three cats, and two budgies. We just got a call. A dog we rescued a while back just had 7 puppies. Think the house is going to grow again.

If you want to become involved in a great thing, look at fostering a pet. You wouldn’t believe the rewards. Thanks for reading.